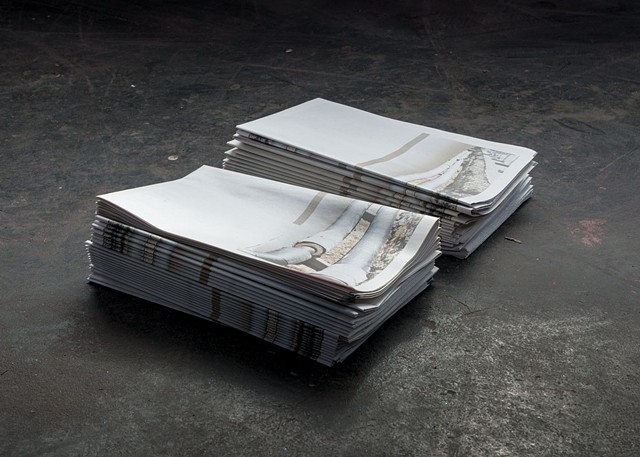 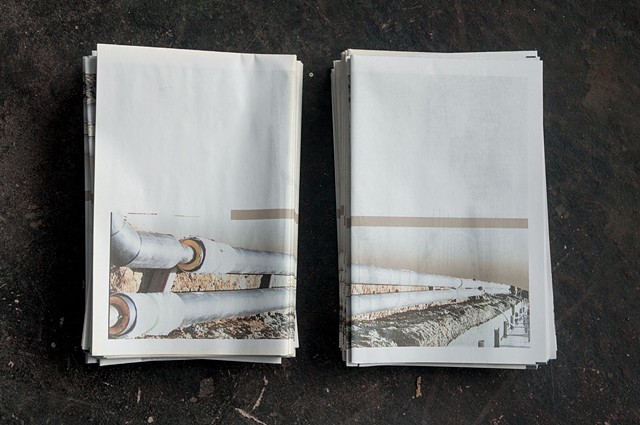 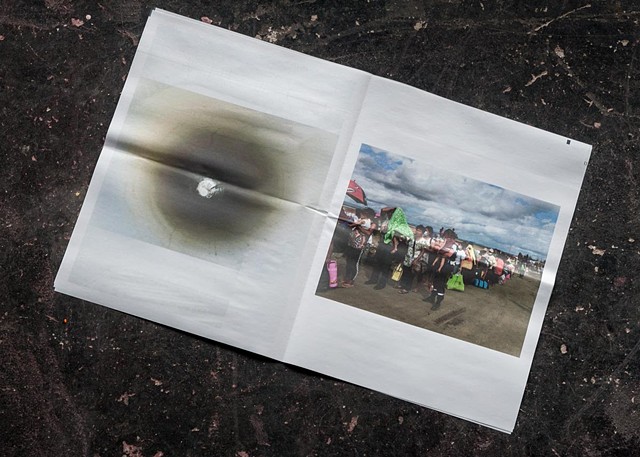 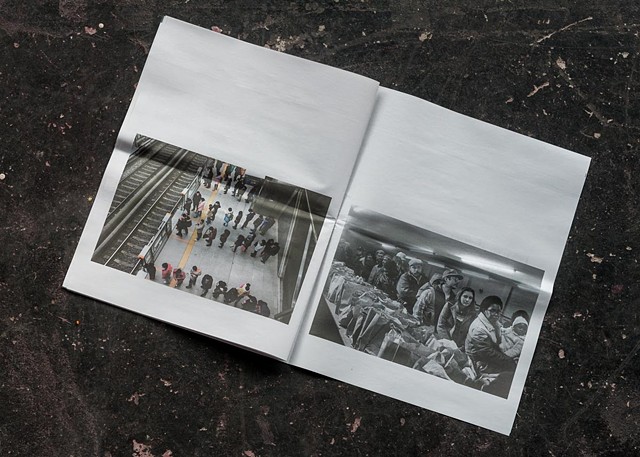 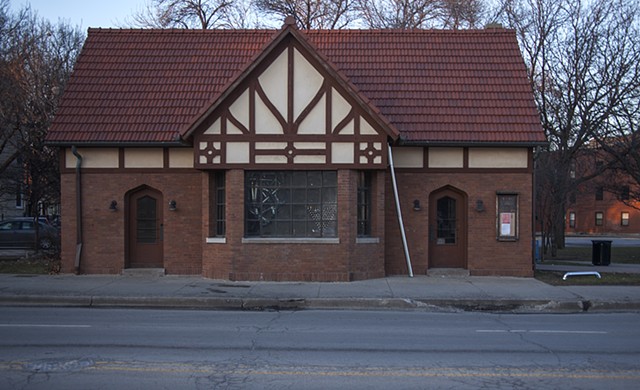 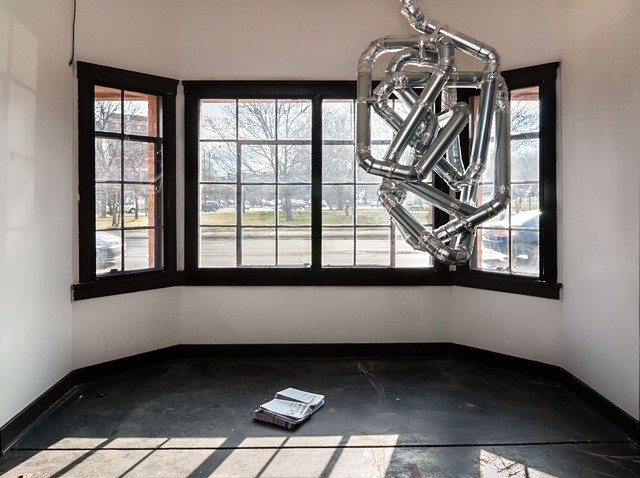 The sculpture Pipeline is inspired by critical operations of power and property. This improbable sculpture is made up of household ductwork that forms a pipeline. It simulates movement through the frozen lawn of the Comfort Station and builds a “bench,” then snakes down through the concrete into the building and inside the gallery where it comes to a halt: woven, knotted, and bound. The sculpture hovers over the space like a chandelier. Pipelinegrew out of what seems to be years of daily news reports on the Keystone Pipeline. Specifically, I became interested in the dissentient actions of individuals, such as the Alberta artist Peter von Tiesenhausen who prevented oil corporations from putting a pipeline through his 800-acre property by copyrighting the top six inches of his land as a work of art.

At the same time, I thought about the complications of property in my own neighborhood, e.g., the small plot of land adjacent to the Comfort Station. A private landlord owns the “park” and has given Comfort Station permission to use it. Before its establishment, the Station was widely, and playfully, used by neighbors for summer picnics, but this use has been in noticeable decline. This begs the question: What is the perceived agency of the community in their own neighborhood? I placed a pile of take-away newspapers on the gallery floor for visitors, which juxtaposed collaged Internet images of pipelines with people standing in line, waiting. I used media images of the “line” to build and draw a snaking form that questions the field of “the commons,” considering the nature of ownership.