The work responds to a density of negative media coverage of Chicago's West Side, which creates a psychic mass, an overlay that can, at times, is tense and aggressive. Citizens who live in lower-income neighborhoods contend with these constructs daily. The local community newspapers provide a counterpoint to mainstream media outlets and the dominant narratives surrounding these communities. Mainstream media builds off negative stereotypes, which often seem unreasonable to lived neighborhood life.

Along with these newspapers, a chain link fence occupies the gallery. The fence is an object devoid of color,scaled-down to simple shapes and lines, and abstracted by a repeated pattern. It is a gritty and sobering architectural object surrounding private property that becomes charged when taken out of context and put into a gallery space. This project addresses the socioeconomic melting pot that is Chicago. It holds a layout of pathways that become layered and visually complicated, signifying the overwhelming nature of social and economic systems that shape communities. Each piece in the show is embedded with narratives of the city’s landscape and encourages the audience to consider issues of class and race that lie beneath capitalist systems. 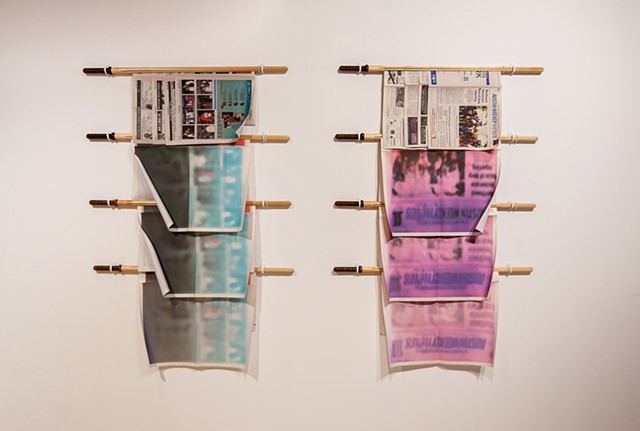 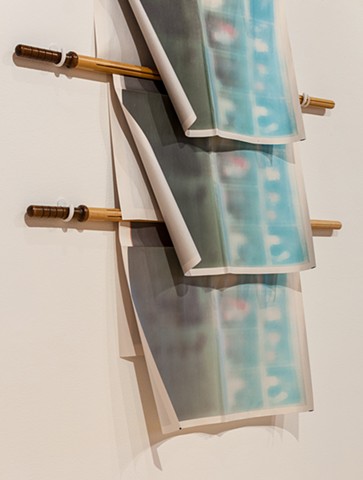 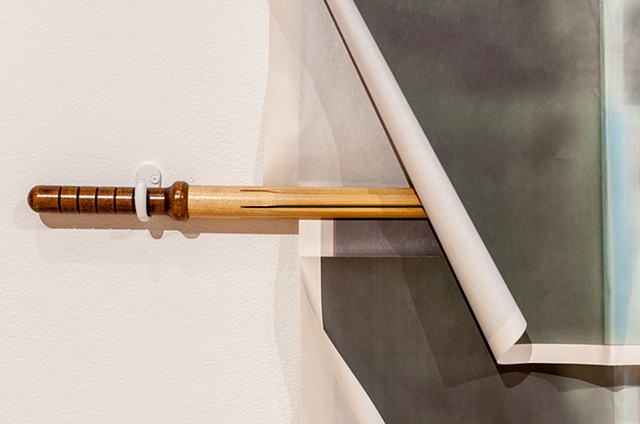 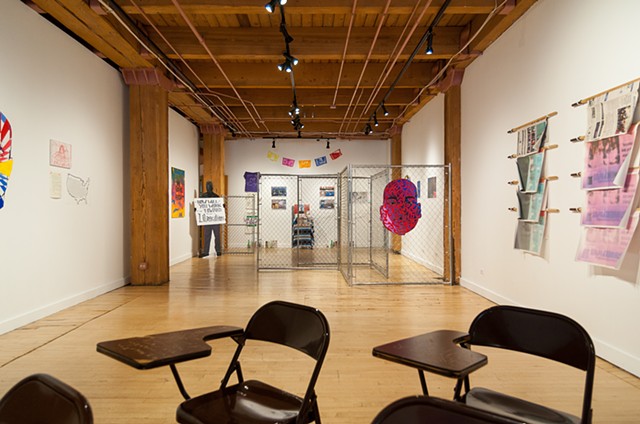 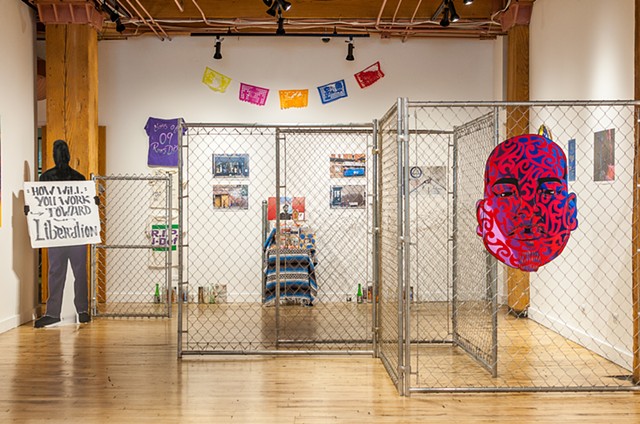 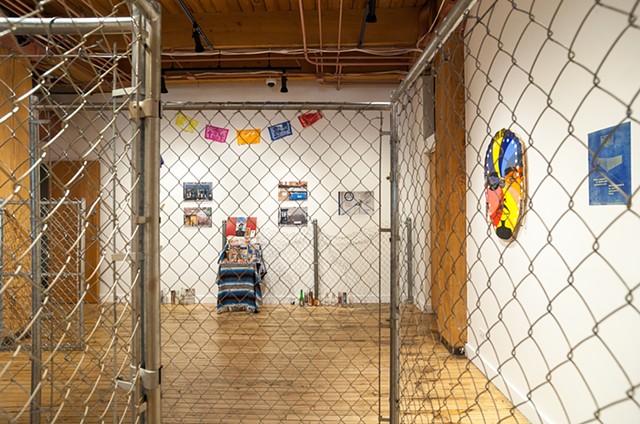 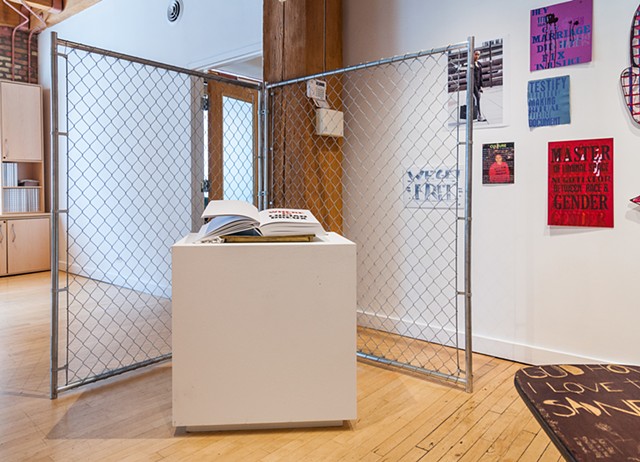 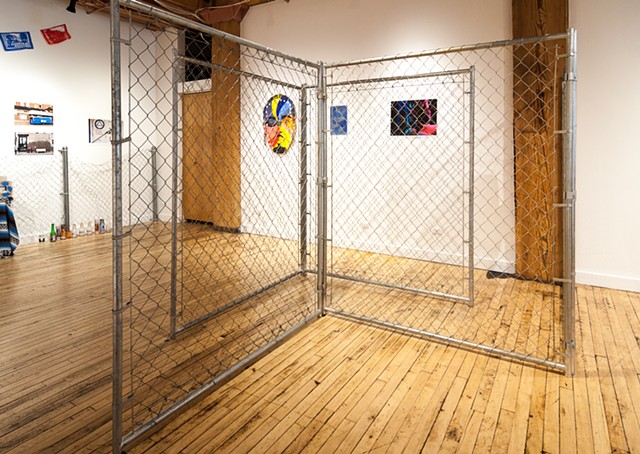 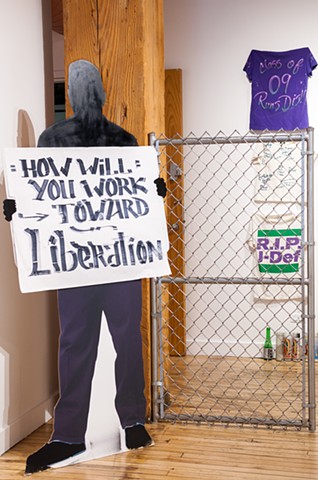 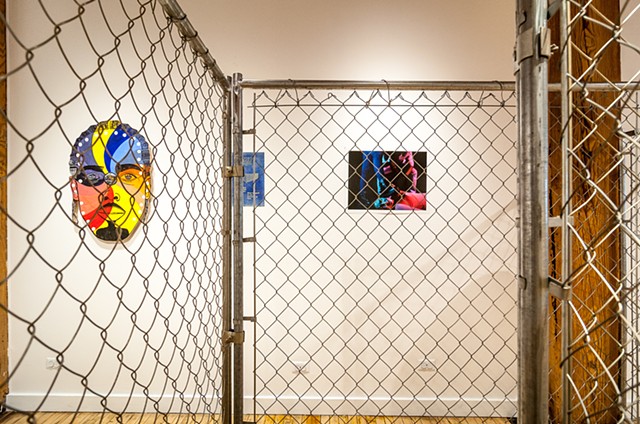 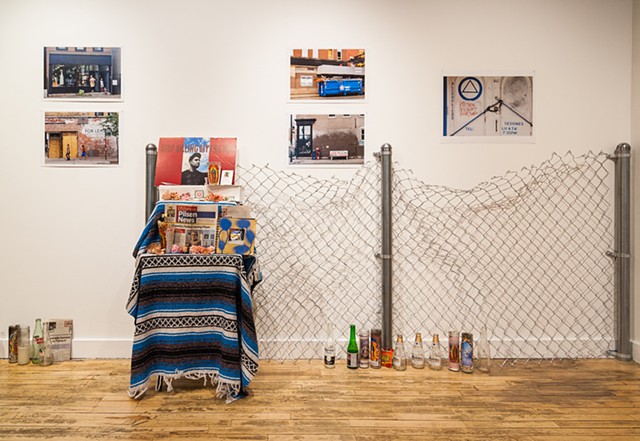